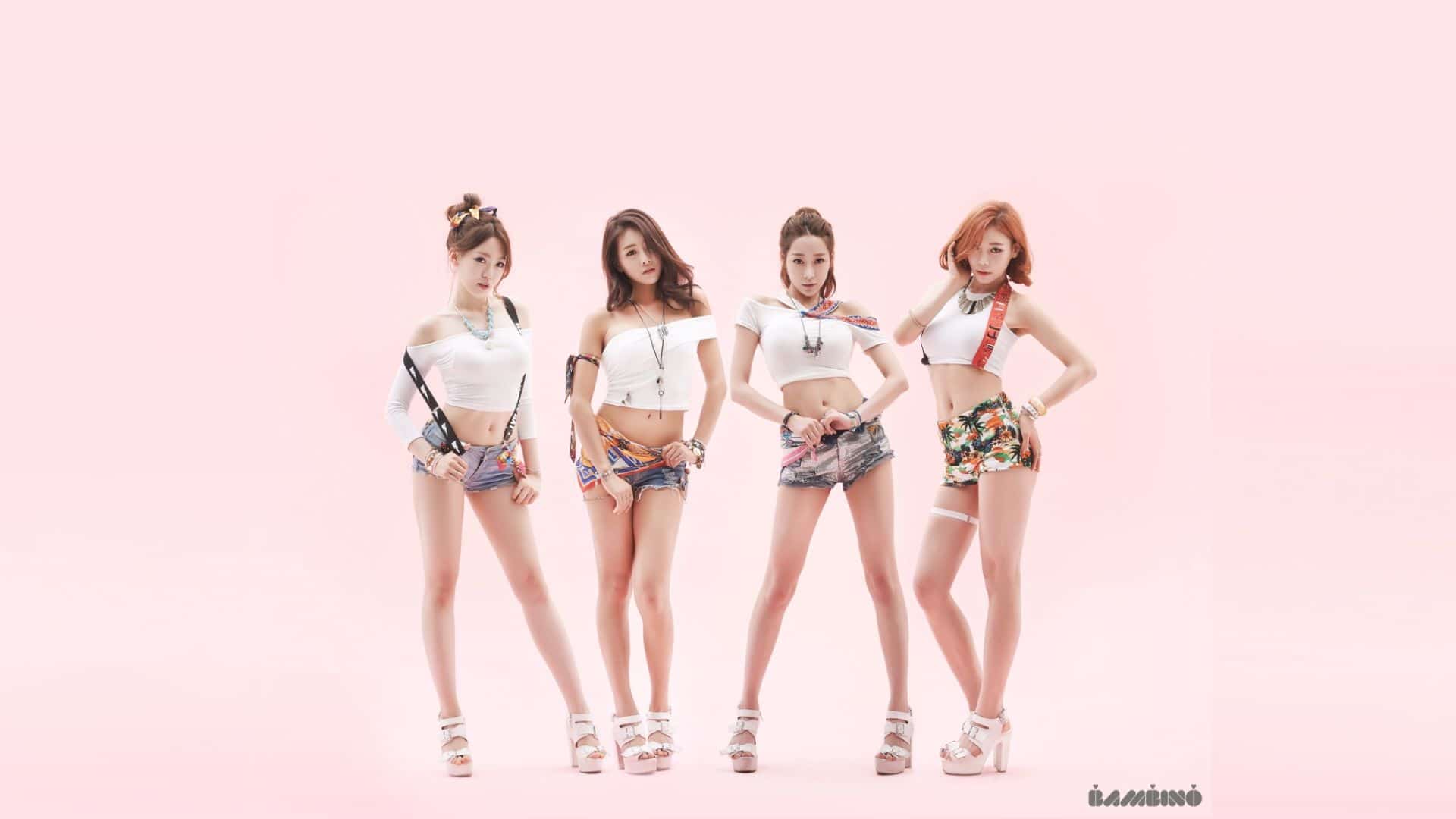 Bambino (밤비노) was a South Korean girl’s group which belonged to JS Entertainment (JS family). They became famous by their remarkably sexy dance style and were often criticized for their very sexy dress style during live performances, especially instances when the members did not wear safety pants. Yet, their fans provided plenty of fancam videos from live performances on the internet.

Firstly they started heir activity in Facebook by announcing their debut in 2014. They used to cover various songs of other artists, their EXID cover is especially famous. Their debut single was “Oppa oppa” which was released in June 23, 2015. They never had a debut in Japan or other countries.

In 2016 and 2017 it seemed the group would disband about some disputes between Hadam and JS Entertainment, though nothing tangible became known. In January 2018 Hadam more or less officially left the band and Eunsol – who had been thought to leave before due to the constant quarrels – seemed to have returned.

Half a year later Eunsol debuted with rookie group Tropical in August 2018 which adds to the impression that Bambino is no longer going to perform or release anything, although no official statement about this has been made by JS Entertainment or the group members.

@eunsolp
She is currently a member of TROPICAL