The classic fantasy role-playing game that formed generations of young adventurers and insoired a myriad of games, comics, books and movies.

D&D was the first successful published role-playing game that continues to exist until today. Pen & paper RPGs evolved from table-top games where people moved tiny miniatures around an imnagines battleground to simulate historical battles. D&D was actually inspired by Chainmail, a miniature wargame written by Gary Gygax and Jeff Peren around 1970.

The original D&D was published as a box set in 1974 and featured only a handful of the elements for which the game is known today: just three character classes (fighting-man, magic-user, and cleric); four races (human, dwarf, elf, and hobbit); only a few monsters; only three alignments (lawful, neutral, and chaotic). With a production budget of only $2000 to print a thousand copies, the result was decidedly amateurish.

The rules assumed that players owned and played the miniatures wargame Chainmail and used its measurement and combat systems. An optional combat system was included within the rules that later developed into the sole combat system of later versions of the game. In addition, the rules presumed ownership of Outdoor Survival, a board game by then-unaffiliated company Avalon Hill for outdoor exploration and adventure. D&D was a radically new gaming concept at the time, and it was difficult for players without prior tabletop wargaming experience to grasp the vague rules. The release of the Greyhawk supplement removed the game’s dependency on the Chainmail rules, and made it much easier for new, non-wargaming players to grasp the concepts of play. It also inadvertently aided the growth of competing game publishers, since just about anyone who grasped the concepts behind the game could write smoother and easier to use rules systems and sell them to the growing D&D fanbase (Tunnels & Trolls being the first such).

Supplements such as Greyhawk, Blackmoor, Eldritch Wizardry and Gods, Demi-Gods & Heroes, published over the next two years, greatly expanded the rules, character classes, monsters and spells. For example, the original Greyhawk supplement introduced the thief class, and weapon damage varying by weapon (as opposed to character class). In addition, many additions and options were published in the magazines The Strategic Review and its successor, The Dragon.

An updated version of D&D was released between 1977 and 1979 as Advanced Dungeons & Dragons (AD&D). The game rules were reorganized and re-codified across three hardcover rulebooks, compiled by Gary Gygax, incorporating the original D&D rules and many additions and revisions from supplements and magazine articles. The three core rulebooks were the Monster Manual (1977), the Player’s Handbook (1978), and the Dungeon Master’s Guide (1979). Major additions included classes from supplements like assassin, druid, monk, paladin, and thief, while bard, illusionist, and ranger, which had previously only appeared in magazine articles, were added to the core rulebooks. An alignment system with nine alignments was used, rather than the previous three-alignment system in the original D&D rules. 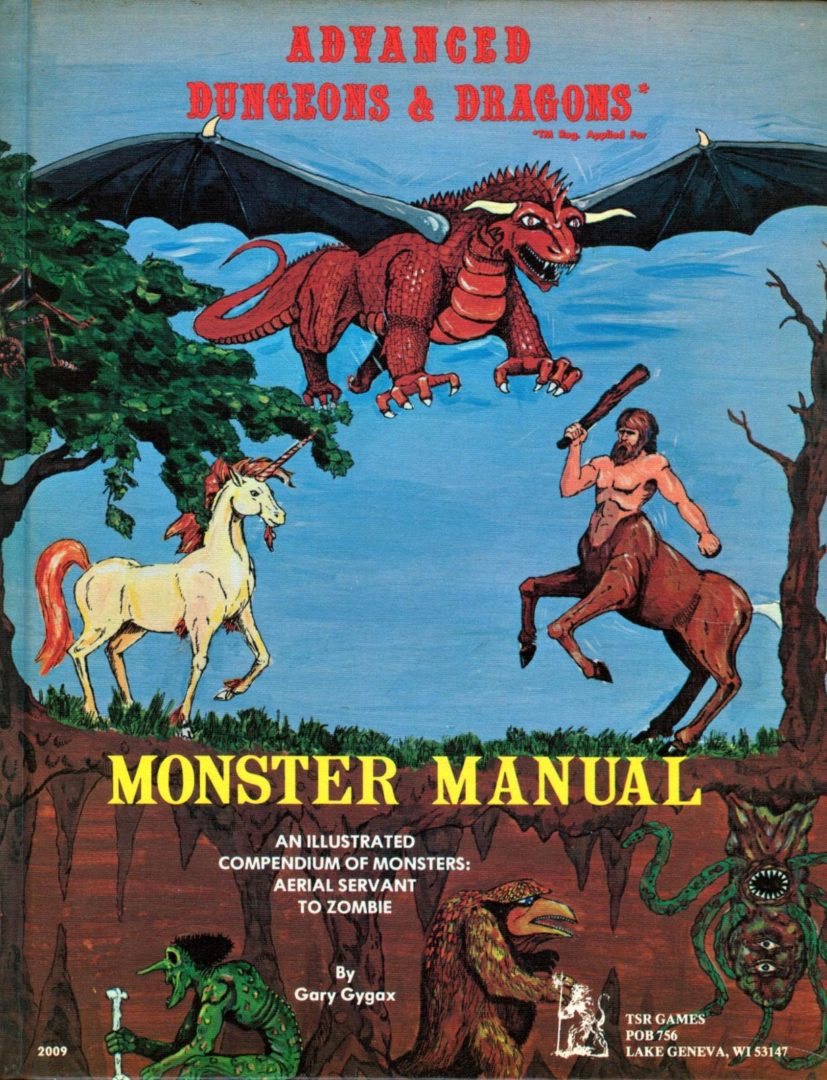 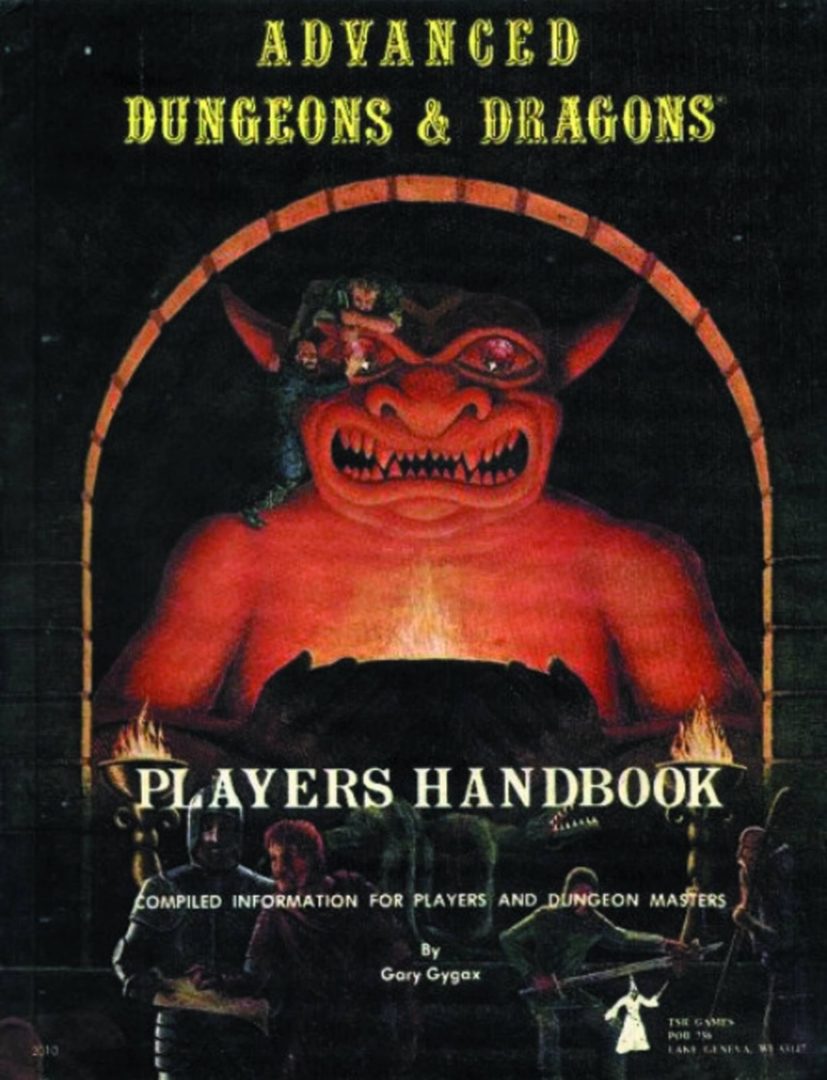 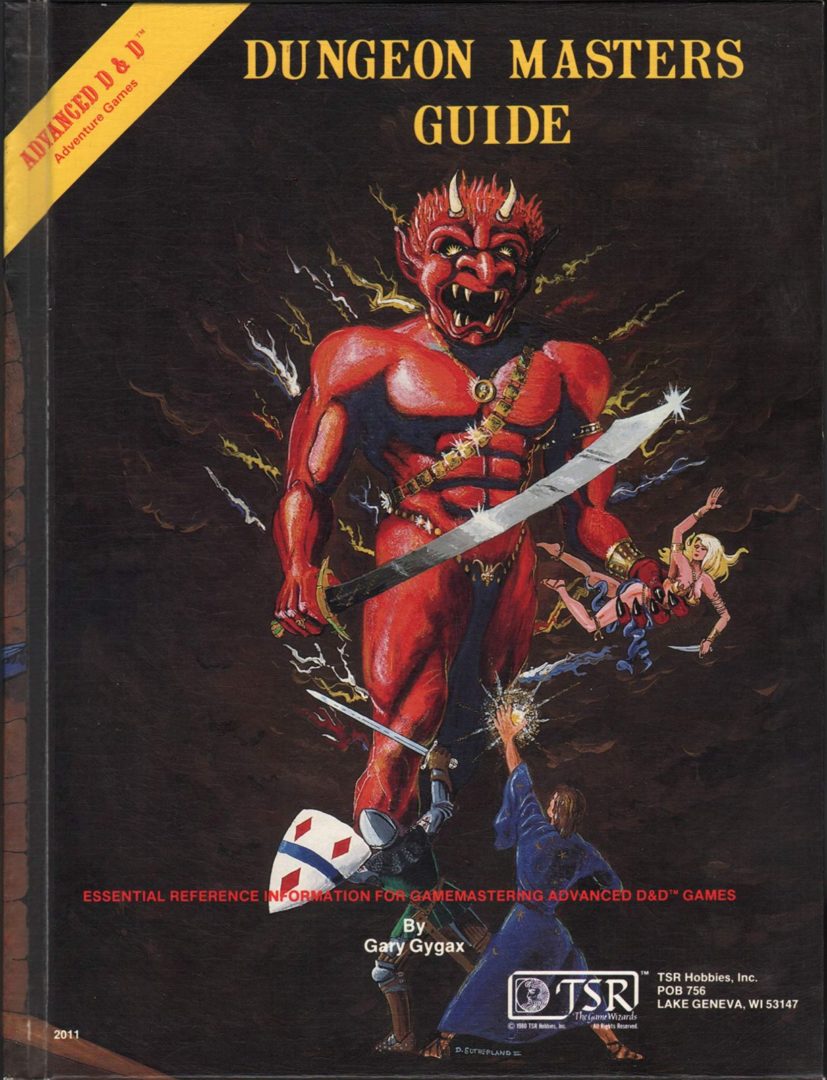 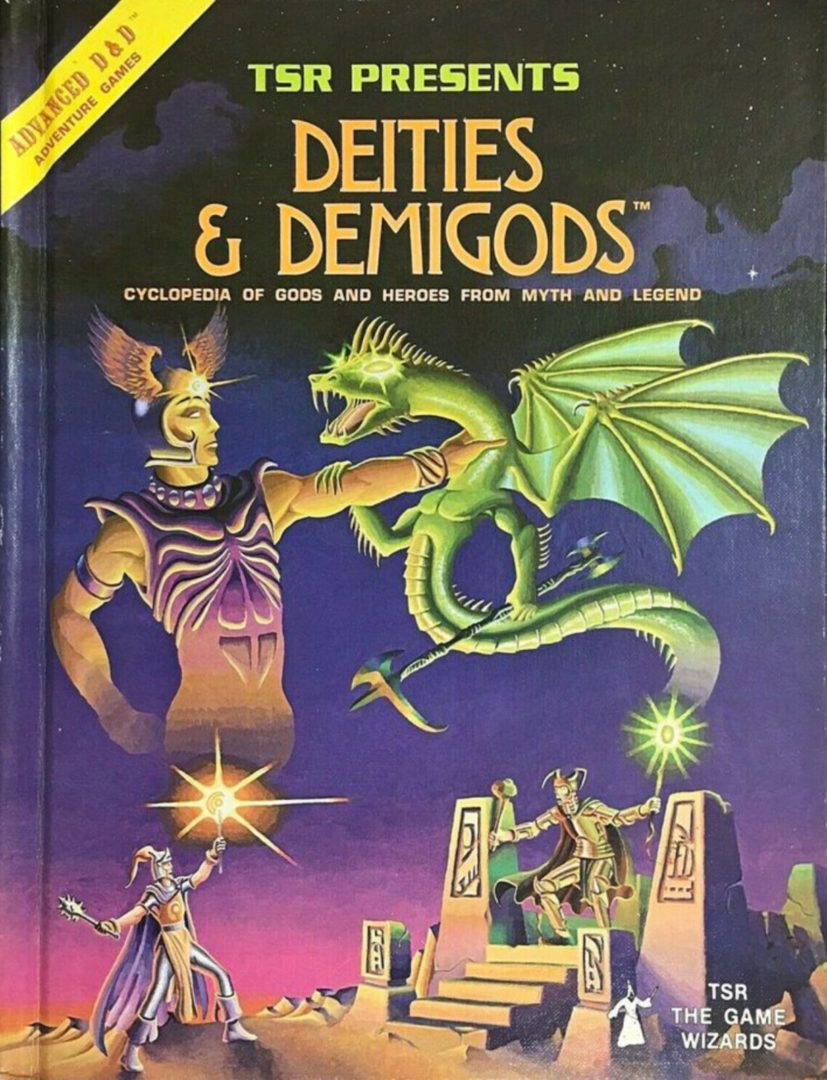 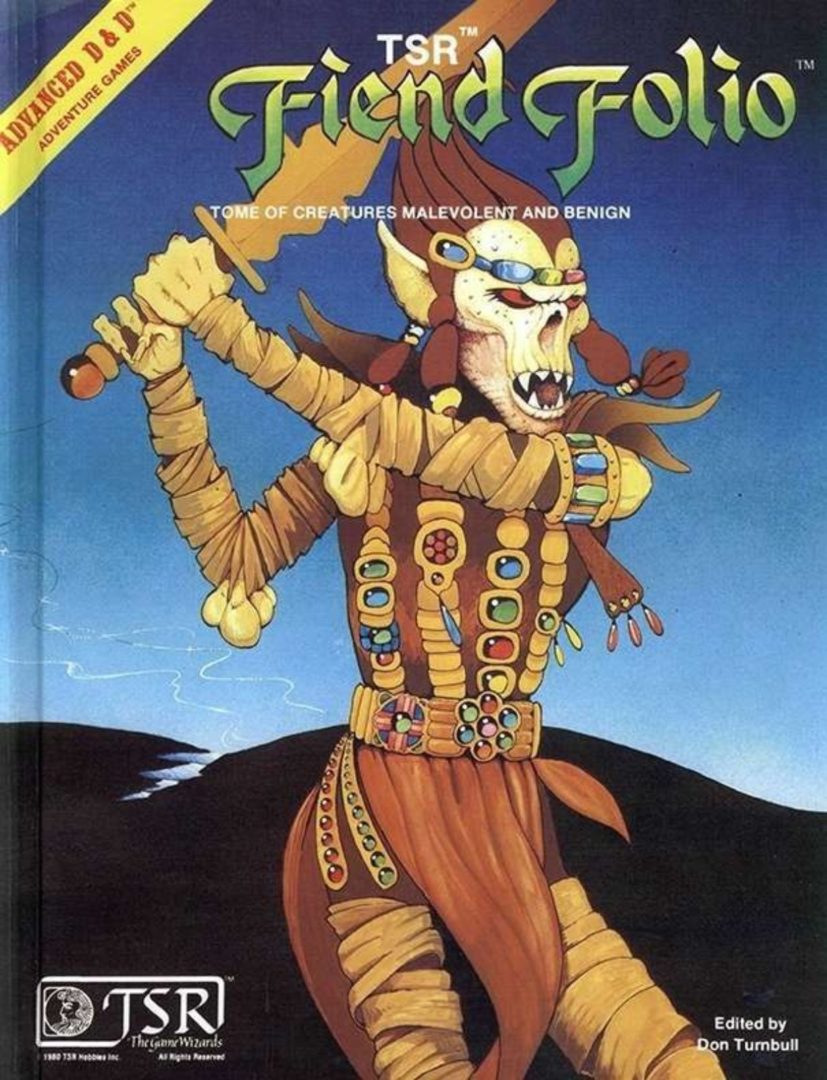 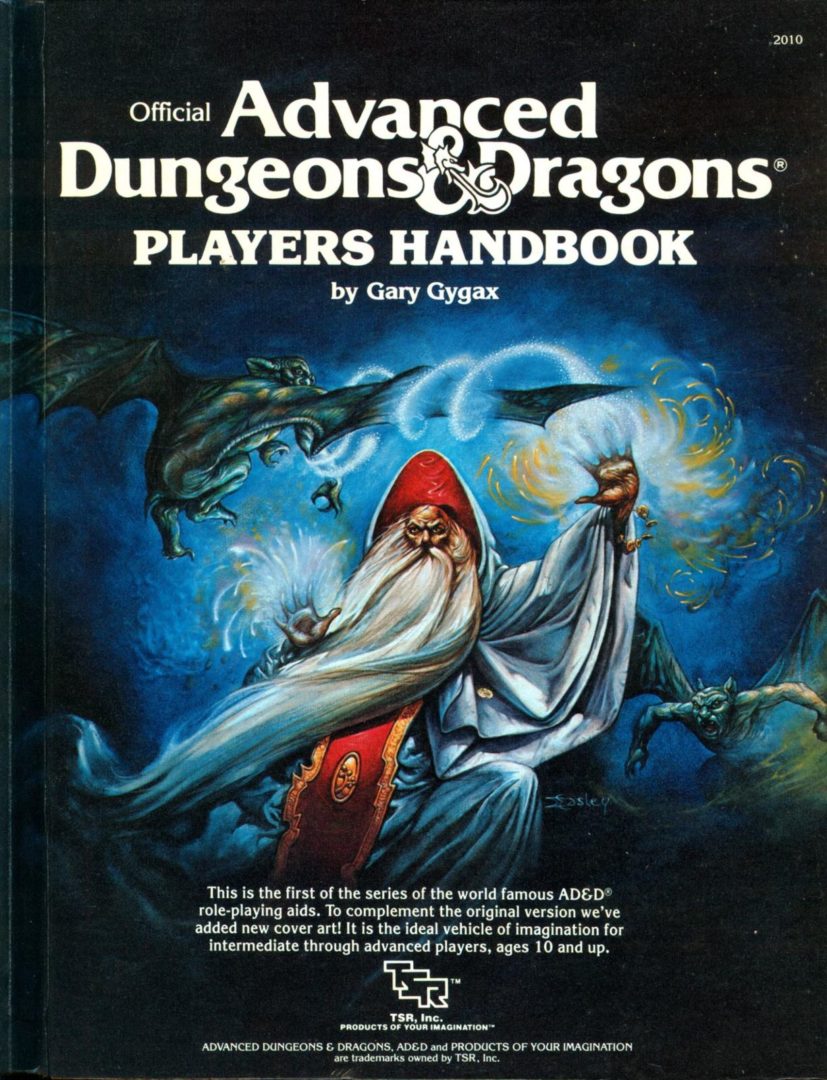 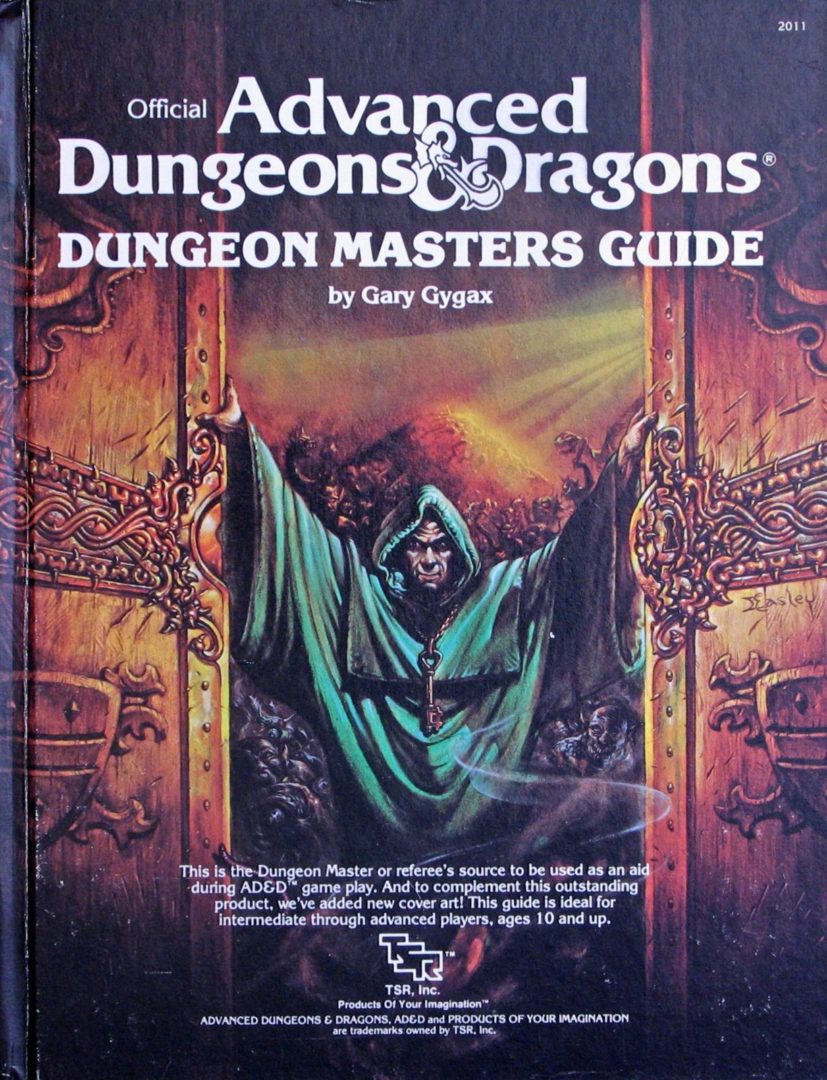 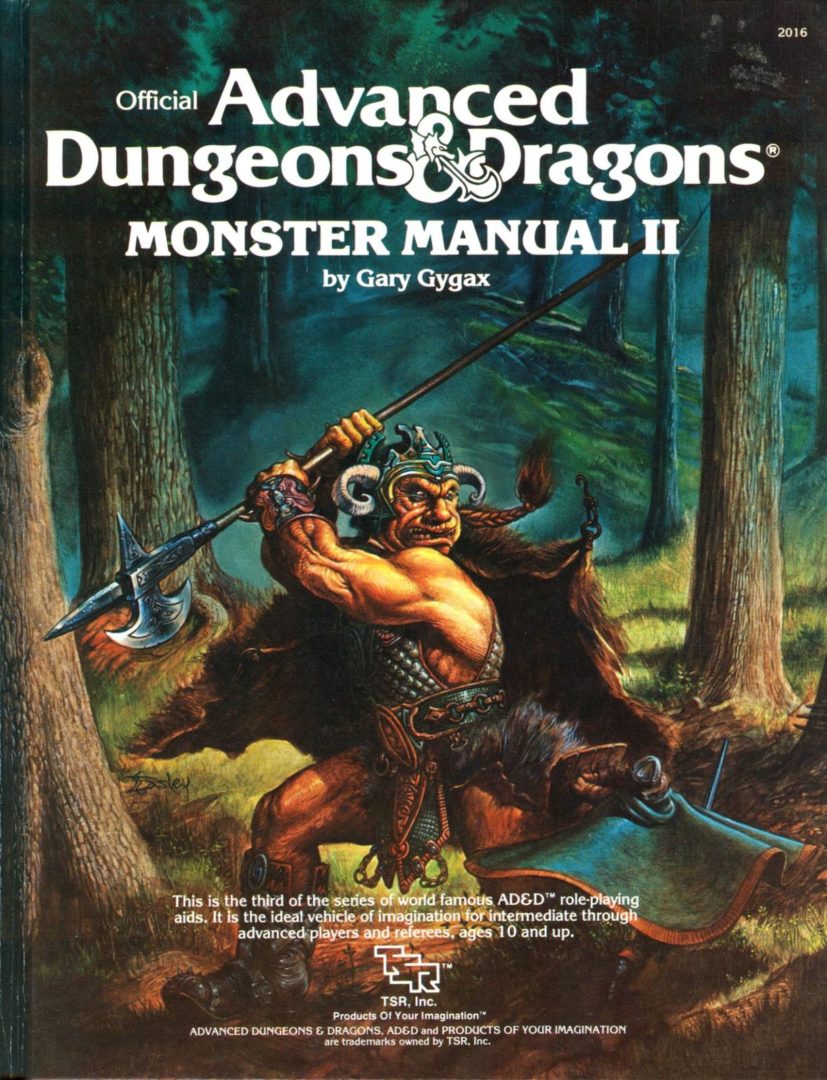 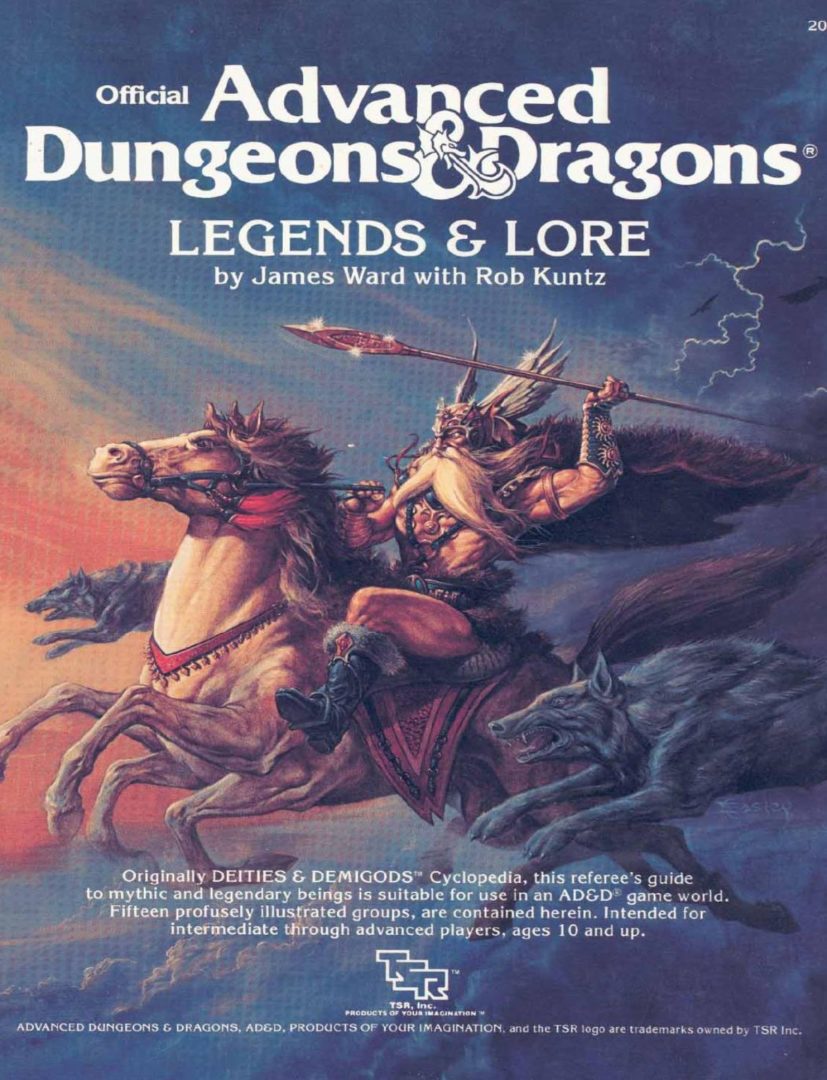 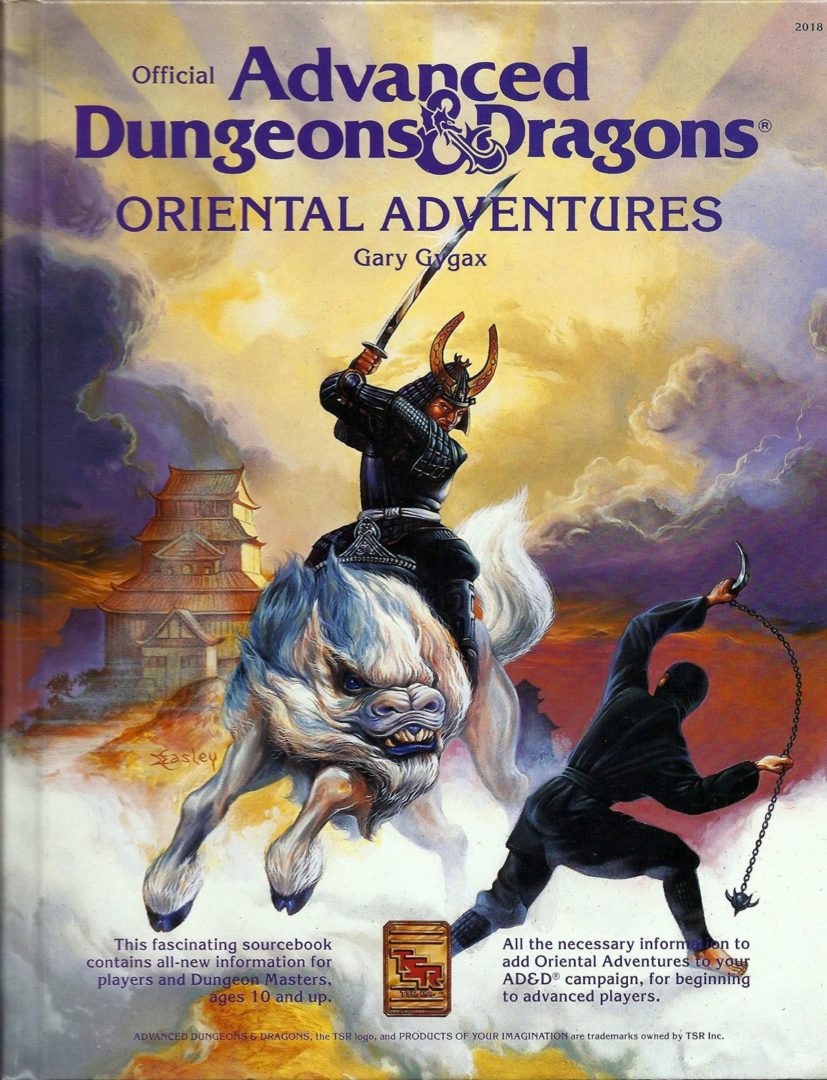 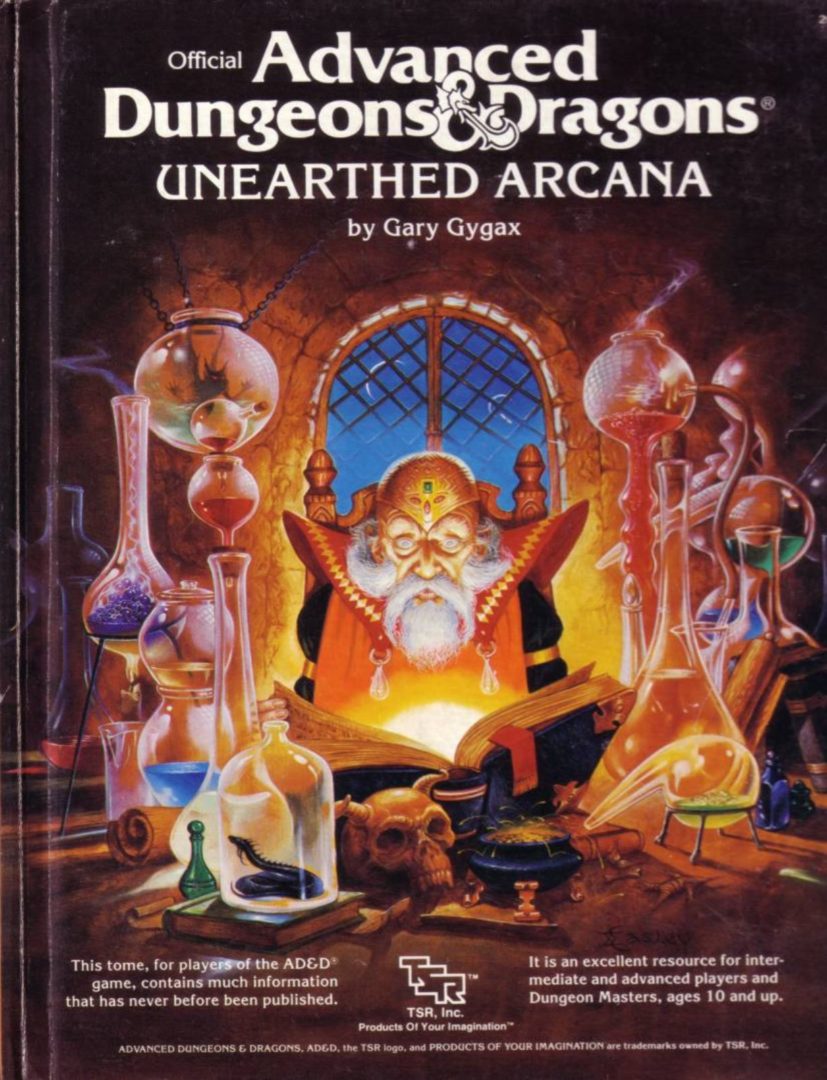 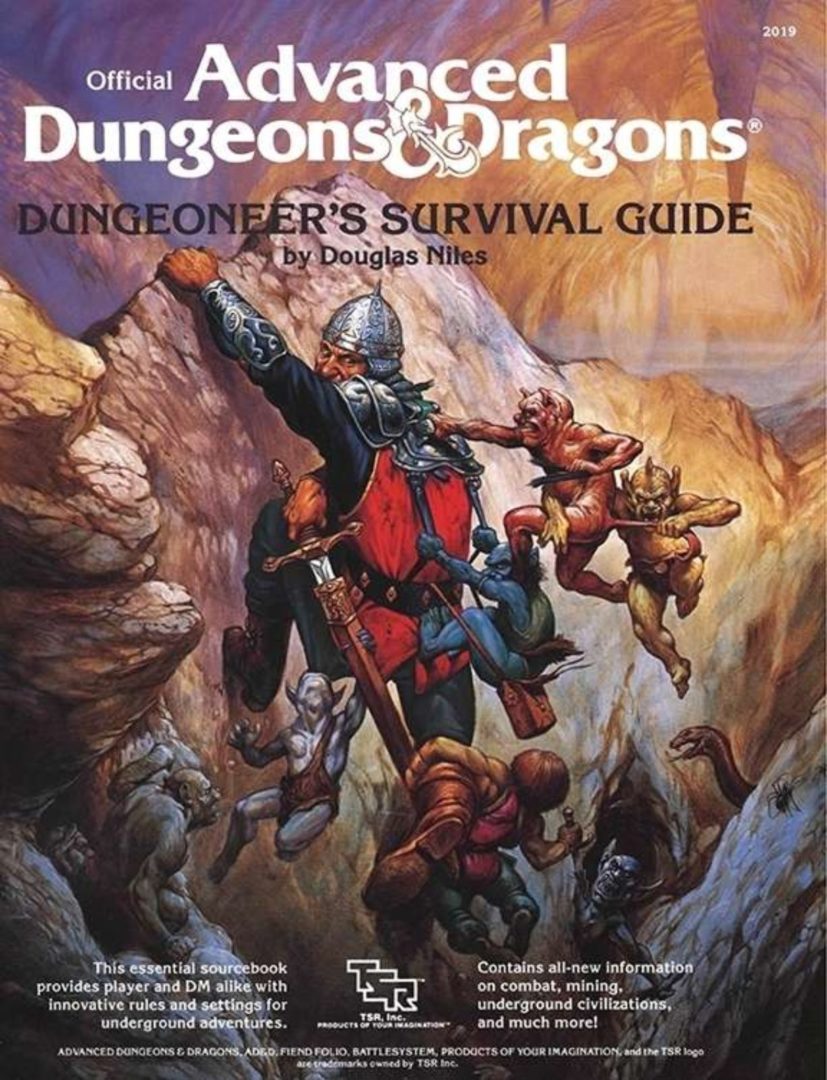 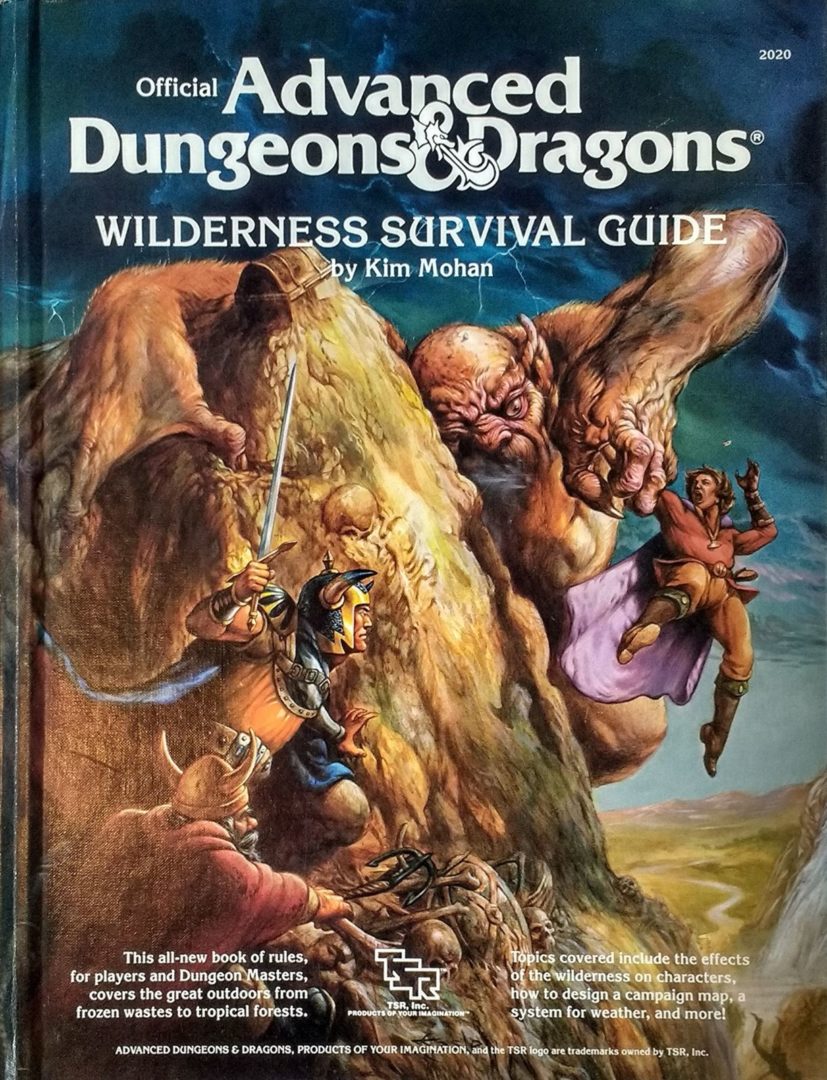 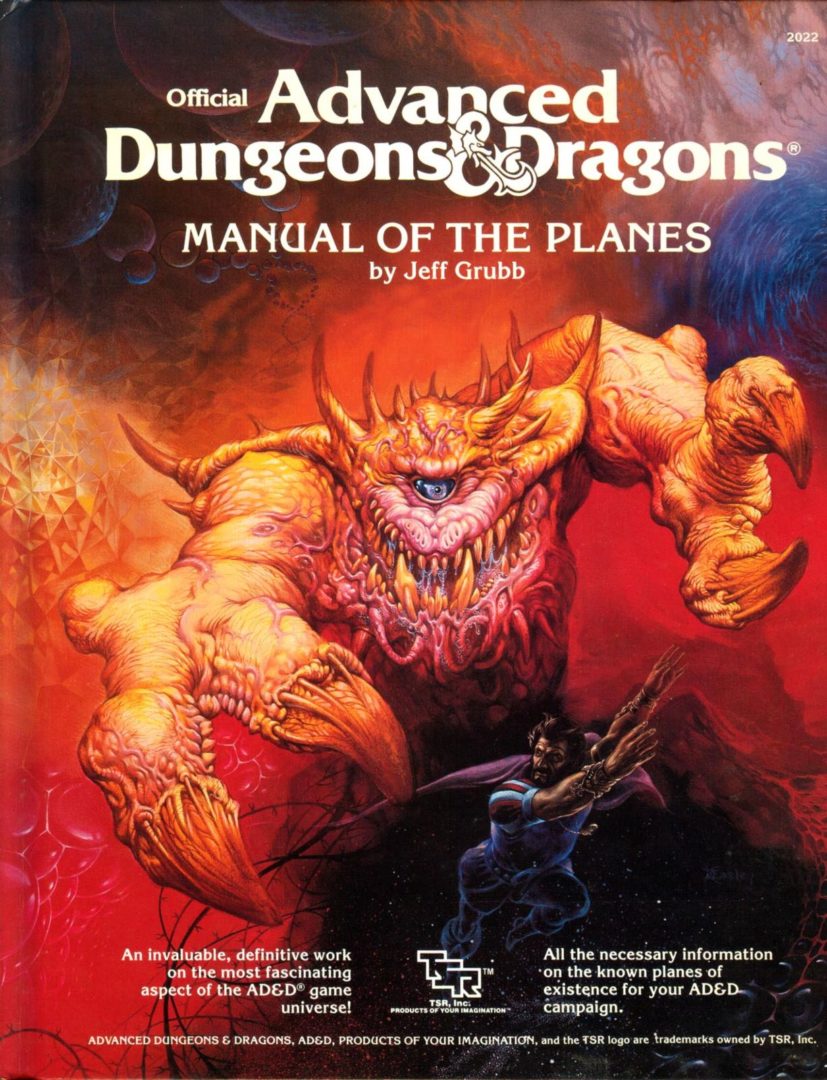 Manual of the Planes 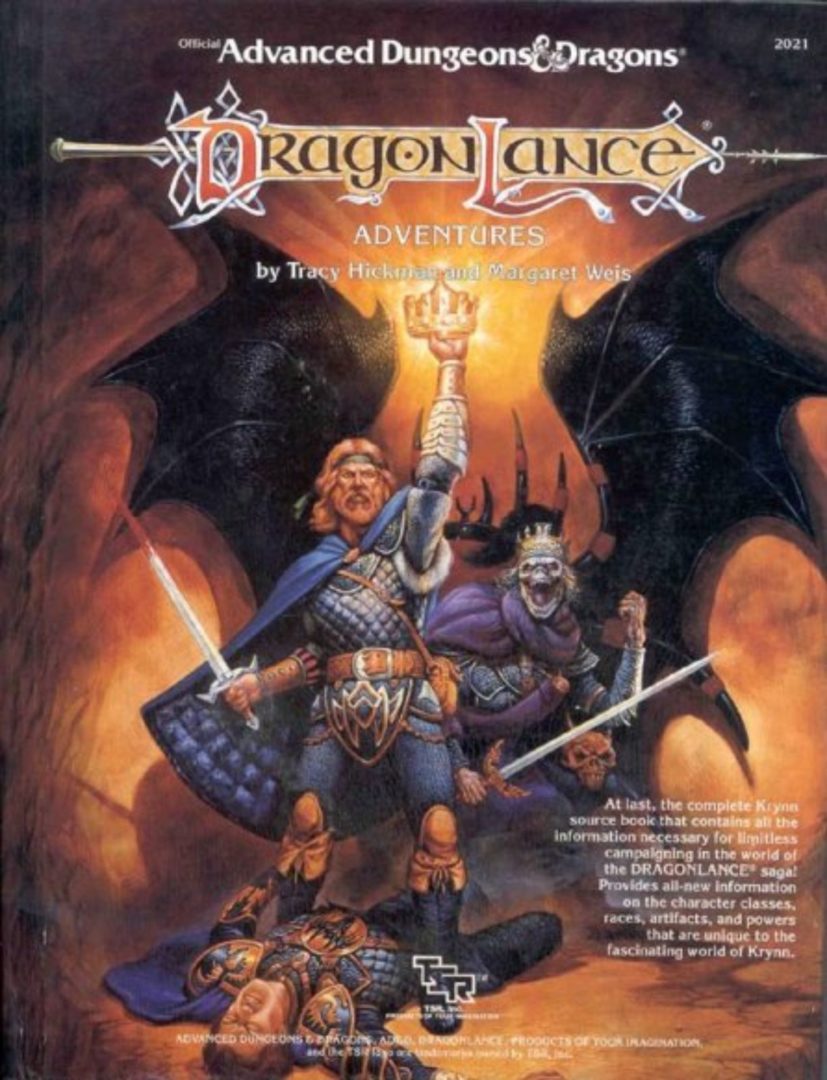 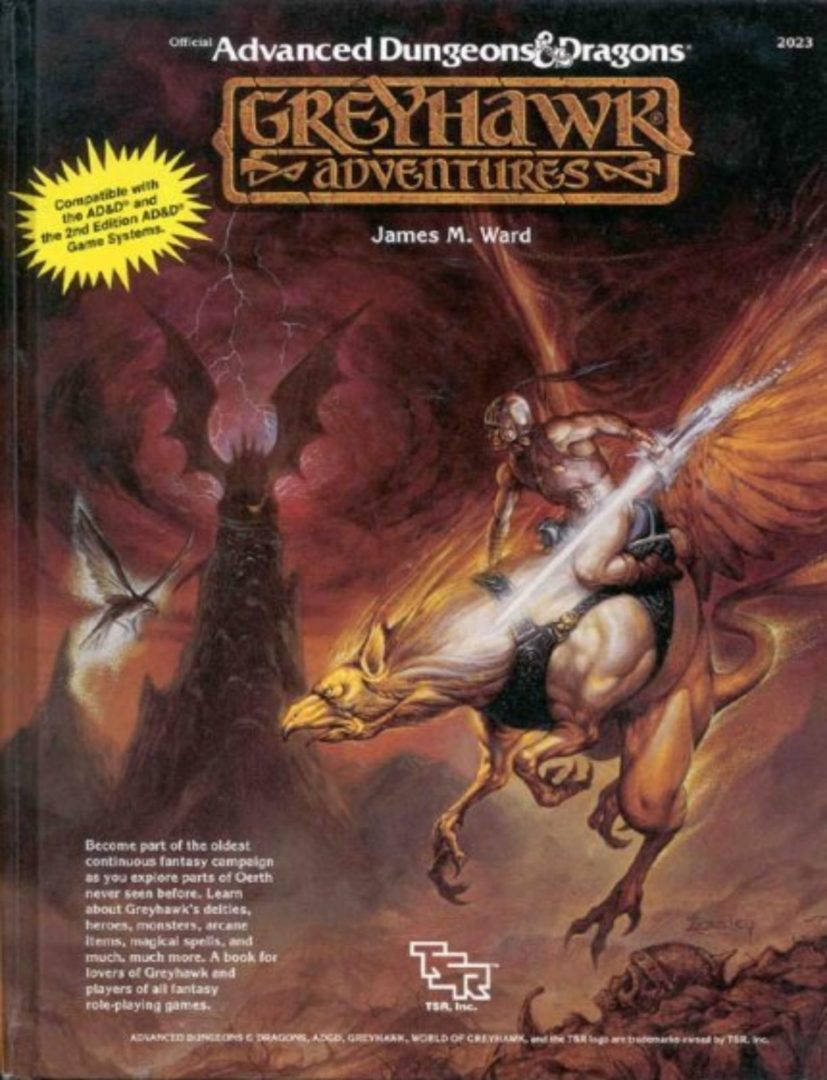