Created as a defensive force under the Nationalization Act of 2125, the JAF has grown to a full-fledged military organization with firststrike capabilities, rivaling CEGA.

JAF is comprised of volunteers and Jovian citizens are so proud of their armed forces, that there is no lack of new trainees and volunteers to fill the ranks. The JAF is famous for their top-quality eqipment and state of the art military gear. To many young men and women joining the JAF is a very good option to make a living, serve their nation, get a good education and earn some fame. The JAF is providing and supporting civil services, too, like security, escort and rescue services. The military is omnipresent in the Jovian society and most citizens welcome that fact.

JAF soldiers are highly motivated and very well trained. JAF organization and units are more capable of acting independently and  flexible than other forces.

Jovian Armed Forces are made up of two major branches: Jovian Space Fleet (JSF) and Jovian Rapid Deployment Forces (JRDF). A third branch is the almost unknown military secret service called “Kolibri”. The Jovian Confederation has no rock planets with large bodies of water or other fluids to defend, like CEGA does on Earth. There is no need to have artillery, tank or naval forces when defending orbital habitats. Almost all Jovians live aboard orbital space stations that have their own defensive systems and are protected by ships of the JSF. Yet, not all fighting occurs in space or environments where ships or exo-armor can be deployed without risking heavy collateral damage. The JRDF takes over when the mission is set aboard a space station or inside surface complexes and larger craft or armor are helpful. Typical tasks for the commandos, who usually have to act without the support of heavy equipment or combat vehicles, are to board a ship or storm a building, search for prisoners in narrow aisles, liberate hostages or secure objects. Planetary invasions, although they never occurred so far, would also depend on human-sized landing troops at a certain stage.

The Jovian Space Fleet (JSF) or Jovian Navy is the striking arm of the Confederation. Three independant fleets of warships, auxiliary craft, exo-armors and support equipped with the most advanced technology in the solar system make the JSF a force to be reckoned with. Smaller in numbers than the CEGA Navy, the JSF has the main mission to protect the fragile and remote habitats of the Jovian citizens and all interest of the Confederation.

The JAF Spacefleet is divided into Alpha, Beta and Gamma Divisions. Each division is broken up into several battlegroups of warships, which in turn are supported by auxiliary craft. Squadrons are divided into flights of two to ten units.

Since 2204 JAF academy rookies are being assigned to Gamma Divison first, a large number of veterans are then promoted to Alpha or Beta Division.

12 squadrons with newly produced exor-armors are assigned to Gamma Division (over 300 vehicles with personnel and support).

This is the code name for the military intelligence service of the JAF. Not much is known about this organization and it’s methods or equipment. Kolibri may only report to Division Command and have access to all JAF data, equipment and personnel when required by operations. It is assumed that Kolibri consists of no more than 800 agents. The main task is to ensure the efficiency and loyalty of JAF forces.

This mega-corporation was foundend in 2155 by retired Major Jefferson Hewer and is the major producer of military craft and equipment for the JAF until today. They design and buold exo-armor, warships, weapons and ammunition as well as active and passive equipment and personal gear. The current CEO is Robert Hewer, the son of the original founder.

The official books and ressources depicting JAF members in uniform do not tell us exactly what JAF uniforms or rank insignia look like. Most character depictions don’t show any insignia at all, although the picture titles say “Captain” or “Lieutenant”. The following guidelines are a personal take on this topic and do not represent the game designers opinions.

JAF officers from enlist to admiral wear the standard white and grey uniforms with golden yellow seam edgings running from the lower end of the jacket up around the neckpiece and down again. The shoulder lacings are also golden yellow. The standard outfit includes a dark gray shirt, white trousers and a white/gray jacket. Dark gray boots with optional grey boot cuffs and optional white gloves can be worn. The standardized utility belt is made from metal and polymer fibres and also grey. The jacket is held closed by four metal buttons, the upper part may be worn unbuttoned and folded down, showing the light grey inner lining.

The emblem of the Jovian Military is worn as a patch on the left chest right over the heart. Right above that emblem the rank insignia badge is worn, which is detachable. JAF field uniforms don’t use collar insignia or epaulettes.

The following ranks are used within the JAF instead of the ones listed in the Jupiter Planet Book. The JAF work uniform only uses the breast mark, no shoulder, sleeve or collar marks. The breast mark is a metal plate with a hardened display and an internal processor. The device is capable of displaying all JAF ranks by changing the colour of the individual LED displays (white, red, blue, yellow and off). Aboard ships and during regular routine the device is worn turned on. If the situation requires it, the brightness can be turned down or the display can be turned off. Every plate comes with a laser etched name of the bearer it is being assigned to. 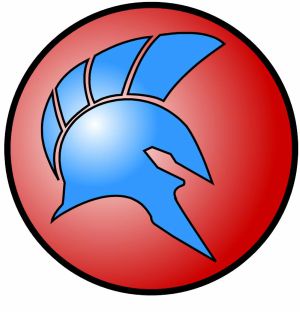 Ships in the JAF Fleets are typically commanded by a senior officer. Admirals usually have flotilla, fleet or regional commands.

Warships in the JAF are ranked within three classes and two role types:

A Captain usually commands a ship of cruiser size or larger. That can be an assault ship, a missile crusier, a carrier or other type of ship. They also command destroyer squadrons or flotillas of three or more destroyers or frigates. A commander usually commands a single frigate or other ship of that size. A Lieutenant Commander may command ships of corvette size or smaller. A Lieutenant is usually second-in-command on destroyers and frigates (XO).  On larger ships, where a commander is appointed as the executive officer, a first lieutenant (normally a lieutenant commander) is appointed as his deputy.

An Admiral usually commands a Carrier strike group or battle fleet consisting of one or more capital ships accompanied by several squadrons of medium and smaller ships.

A typical JAF carrier strike group would consist of