The Jovian Confederation is a major power and political faction in the solar system. It is comprised of three independent nations. Formed by asteroid and gas miners in the 2040 years the Confederation was officialy proclaimed in 2113 by the three Jovian colony nations that became independent from Earth themselves in 2090 and 2091.

Olympus encompasses all settlements in the Jovian sub-system, including those on the moons of Jupiter. It is home to the Confederation capital: Elysee Station in the orbit of Ganymede.

Vanguard Mountain and Newhome are the other two nations and located at the Jovian L4 and L5 points, amidst the Trojans, huge asteroid fields that share the same orbit around the sun as Jupiter. These two Trojan States are both more than 800 million kilometers way from Jupiter / Olympus, which is about as far away as Earth.

All three nations together have a total population of about 540 million, which is considerably smaller than that of CEGA Earth. But the abundance of ressources and the high levels of education and technological development make the Confederation a major political and military power within the solar system. 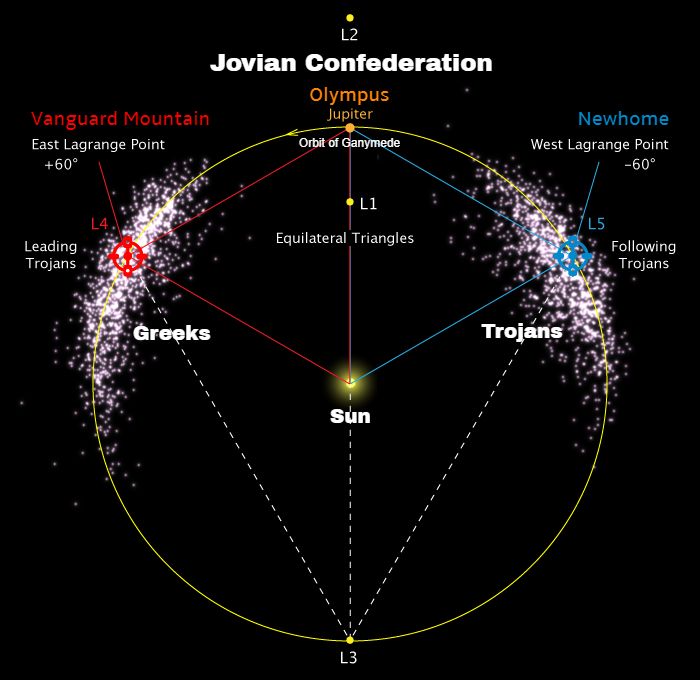