“Nyarcon, the Black Mountain, rose in the void before the dawn of all ages. Its infinite size is immeasurable. To reach its peak would take eons, to penetrate its darkness would deplete the forces of the most powerful beings. Deep inside the mountain sleep the forces of chaos, the powers of the world – the Elders.

Their names, if they ever had any, were lost thousands of years ago. Their memory is nothing more than a pale flicker on the deepest bottom of the mortal soul.

Yet there was a time when the Elders were awake and free to leave the heart of the mountain. This was the Age of Storm. With terrible force they swept over the steep slopes of Nyarcon and changed its surface forever. In an endless cycle of creation and destruction, places and things rose from the darkness only to be shredded to dust again the next moment. The Elders’ powers raged without purpose and nothing would last.

After a very long time the powers of the Elders calmed somewhat. They grew tired and the ferocity of the endless storm ceased. Eventually, one by one, they returned to the heart of the mountain and fell into an endless sleep. What remained was a grotesquely shattered wasteland where nothing had any form or meaning. Without the dragging winds, however, things gradually began to come together and same merged with same. During that second age, the Age of Finding, the elements and the principle of order emerged.

All things that exist are ultimately a part of the Elders, but they represent only a very small part of their nature and power. After enough remnants of the storm had come together, the elements gradually awoke. From the multitude of individual particles a new whole awoke, inheriting a divine spirit. The first element to awake was fire and its true name is Halyma. It burst out of the darkness as a sudden flame and penetrated the eternal darkness with the very first light. Next Trom, the element of the earth, awoke and slowly spread across the flanks of Nyarcon. It was followed by the element of water, called Isa, and for a long time those three elements fought at the top of the mountain for supremacy. None of the elements could gain the upper hand and after many years of aimless struggle they decided to find a truce and Halyma retreated behind the vastness of Trom and the floods of Isa streamed down the Nyarcon and filled all the valleys that Trom had formed, forming seas and rivers. Halyma scattered a myriad of sparks into the dark spheres beyond Nyarcon before it’s flames were to be covered by earth forever. Until today the hot temper of the fire element tries to break free, pierce the earth and expand into the spaces above. Súl, the element of the winds, was the last one to awaken. Súl was closest to the Elders by its nature, unstable and untamable he argued with Trom and tried to take his place. The waters of Isa, however, appeased the dispute and separated the elements for all times and finally there was peace.

Over the millennia, lesser elements emerged from the four elements and by mixing created even more sub-elements. The most well known of them are wood (lagh), stone (valcr) and metal (sídh), but there are many more.

The fires of Halyma dug deep into the flanks of the mountain and though they never reached the heart of the mountain, they still touched the ancient powers of the Elders. Through the deep veins of fire and liquid stone a small part of the power of the chaos forces slowly leaked out and seeped into the young worlds that just had emerged. A fifth element, magic (Maya), was born. Due to her ever-changing nature, Maya did not find a permanent place in the world. Her power corrupted the other elements and what they had just formed. In an attempt to divide the elements and enforce domination over Nyarcon and all the worlds, the bodiless Maya created the giant Aelyn, the first being to walk the vast expanses of the mountain. Maya used almost all of her own power and forged it into this being of pure energy. The creature caused unspeakable harm and devoured entire worlds that had just been formed. For a while the major elements endured the creature’s rampage until they finally stood up together and threw down the giant after a terrible battle. They tore his mighty body apart and scattered it’s parts over the Black Mountain. His huge solitary eye was hung into the black void above the mountain, shedding an eerie light on the highest peak. His dark blood flowed into the seas and spoiled Isa’s waters there forever. His flesh fell to the dark depths and gave birth to sinister creatures in the shadows. His bones and tendons filled the deepest caves and when the mountains will one day be washed away, they will be the back of the world.

The heart of the creature was buried at the lowest point of the mountain and it still lies there today – the Daédalis, the bloodstone. From this place, lying in rotten waters, the power of Maya shines forth through the earth and the waters of the world and in some places even breaks through the surface. In these places dark beings and spirits gather and no mortal should shun them.”

Solas is the name that the inhabitants of the Western Isles gave their world. It means “place of light” in the ancient language and is used by almost all peoples. A few races and inhabitants of the planet have their own names for their world. Solas is a small planet largely covered by oceans. A few continents and thousands of larger and smaller islands are home to the peoples and cultures that have evolved over thousands of years.

Solas is the third planet orbiting a small yellow sun. It has a small moon and is shaped by the cycles of his all-encompassing ocean. Violent storms sweep over the vast expanse of the sea and hit the small land masses. Volcanoes and tsunamis are a constant danger, yet always provide opportunities for new life. 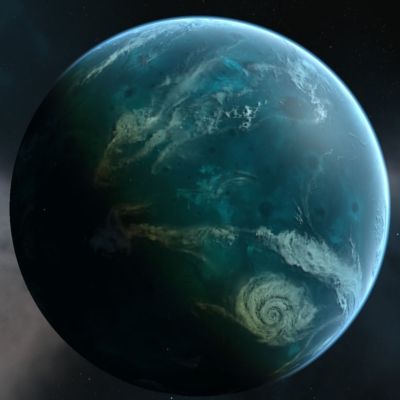 For more than 10.000 years humans and other races have been inhabiting the Western Islands, where winter storms are weaker than in many other regions and reefs and volcanic islands provide a habitat for great biodiversity. The largest island or continent is home to the Seven Kingdoms, the most powerful realms that arose from the ashes of the once great Ahn Empire that disappeared more than 1.000 years ago. Countless baronies or small kingdoms surround Altea on hundreds of islands. Other continents and uncounted islands in the eastern oceans are home to strange creatures and cultures, yet the people of the Wests seldom set sails to those remote and dangerous places.

This northern kingdom is characterized by extensive coniferous forests and its harsh cold climate. The people here still often live like nomads, just like their ancestors, only in the south are fortified towns and villages. Their archaic language and traditional traditions mean everything to them. They have relatively little to do with other peoples and kingdoms, but are busy trading in furs, ivory, wood and other resources. Their culture is anything but primitive, yet many other peoples regard the inhabitants of this country as regressive. The small number of inhabitants is compensated by the inhospitable nature, otherwise Vakadunia would have long fallen to one of the other royal houses.

From the sunken island of Atalante once arose an empire spanning the entire known world. The Lords of Ahn were powerful mages and ruthless oppressors, enslaving their enemies and turning them into unstoppable armies. Their knowledge, wealth and magic allowed them to build the great empire now known as the Fallen Imperium. In their blind zeal, the slave princes even tried to subdue the dragons, which eventually became their doom. The Imperium faded and it’s masters vanished with their capital island in a fiery cataclysm. Only ancient ruins and forgotten inscriptions remain of the great Imperium.