The people of Solas worship a multitude of gods and spirits that more or less go back to the ancient tradition of Daedalis. According to legend, before humans and other people came, various powerful races ruled the world, the children of primordial elements and parents of gods and spirits. 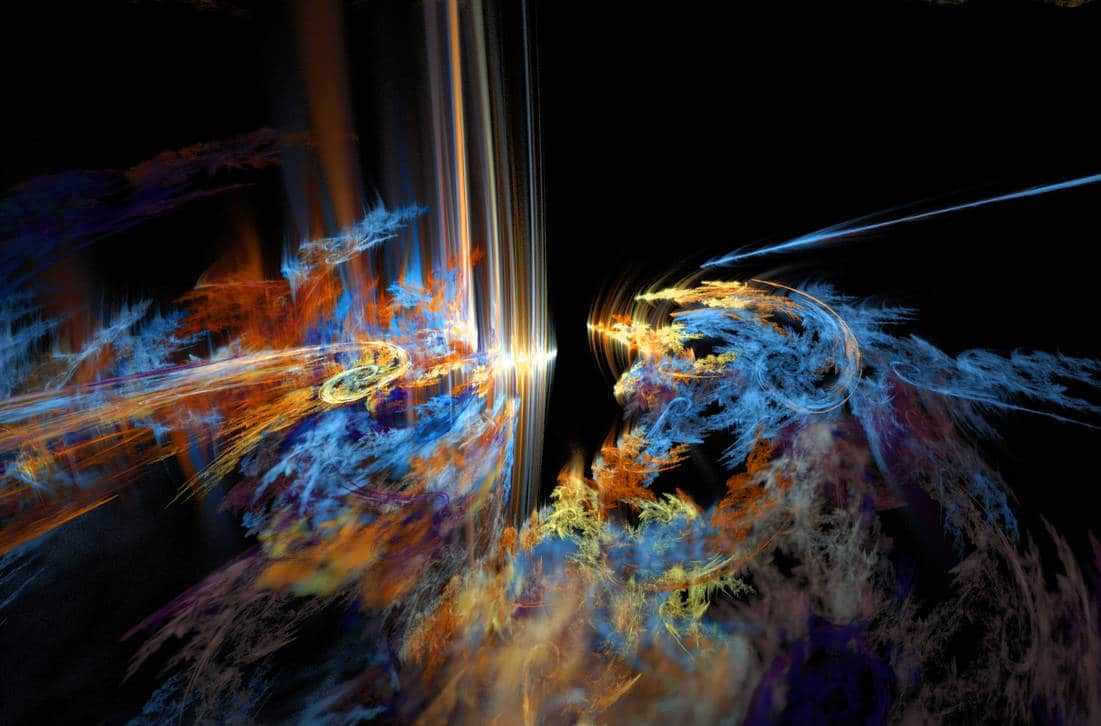 At the beginning of the world there was a great emptiness, an infinite disorder that does not know its own name. In ancient tradition, this nothingness is equated with the dark mountain of Nyarcon, the heart of darkness, where all things that are arose from. The first named things that came into being were the primordial elements of fire (Tann), Water (Dwyr), Sky (Svara) and Earth (Orun). The fifth force was the ever changing power Tíu, the element of Magic. These names are said to come from a long forgotten language spoken by the first people on Solas.

After seperating the spheres of the universe the primordial forces spawned the Elder Powers, who raged across the infinite slopes of Nyarcon and under the influence of Tíu created and destroyed things in an endless cycle. During their eternal battle Tíu manipulated the Elder Powers and created the first being by forging all elements into one powerful creature – the giant Omiran. Tiu sent him to enslave the Elder Powers but was finally defeated and destroyed by them. The body of the giant was ripped apart and formed the foundations of the place that later would become the physical world.

The Elder Powers finally laid themselves to rest deep in the heart of the Black Mountain. They left behind a battered surface in total disarray. For a long time the mountain lay in dark silence, but eventually a spark of existence came into being – the Knowing formed itself from the faint remains of the Elders and Aios awoke. He was not a god or a spirit, but the existence of everything that can be named. From him descended the first five spirits who ruled the first world. The names of these elder gods stem from the ancient language of lost Atalante, the sunken island that was home to the first civilization on Solas. The different people inhabiting Solas today each have their own names for them.

The first was the goddess Areste, the personified earth and bearer. Her younger sister Asara, the personification of the Night and her three brothers, Metos the Underworld, Ephir the Darkness and Therys, the concept of Attraction, followed.

Areste had many children over the eons, but her most powerful offspring were her two sons – Sayateus, Ruler of the Heavens, and Oriteus, Ruler of the Oceans. Areste fathered several children with Sayateus, like the giant race of the Araltoi or the Semisea, a race of female tree spirits.