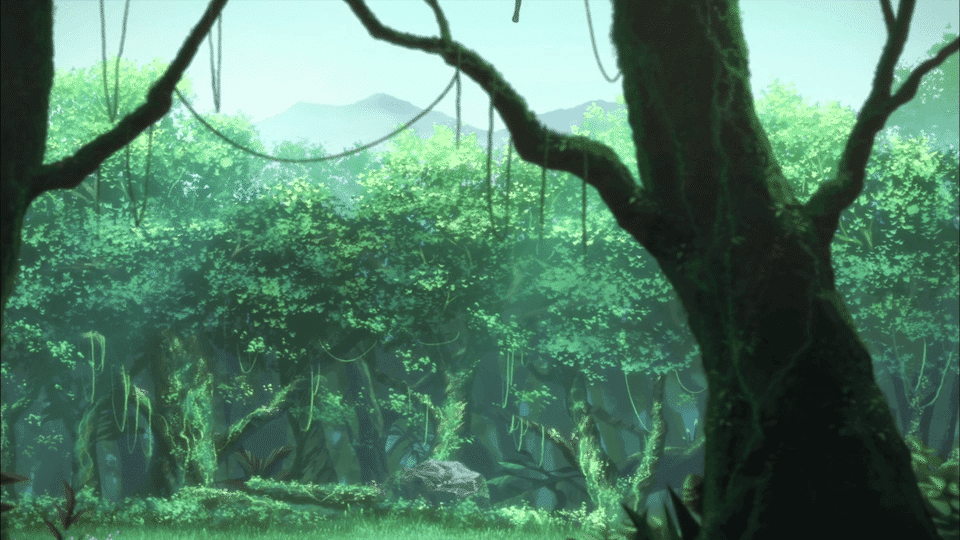 More than ten thousand years ago the lands of Solas were almost completely covered by mighty forests. In the shade of the trees lived various peoples and beings of indescribable beauty and wildness. Long before humans began to leave the valleys of their birth far to the east, Aelfyr, trolls, unicorns, lizard men and jade snakes hunted in the depths of the forests. Horsemen and Víla ruled over great kingdoms, tree spirits, Fai and Sbrydíon wove magical seals and guarded the ancient secrets of stone, earth and wood.

Thousands of years later, humans and other races had spread out and pushed back the forests with fire and steel to create farms and grazing land for their cattle. They set up stone castles on the hills and drew new borders, cutting old kingdoms in half and claiming lands that had served as others’ homes for millenia. Thees enations resisted and fought back the invaders, but this only brought the humans further up against them – they eventually became the demons of the forests, hunted and feared by humans. As the forests dwindled, so did the numbers of their old residents, their spells hardly worked outside the forest borders, and they could do less and less against the enemy clad in steel and iron. The last of their kind withdrew deeper and deeper into the remaining forest areas and created magical borders that would deny access to humans. The human kingdoms turned away from the overpowered forest demons to entangle themselves in wars and disputes among themselves, and lost interest in the last remaining patches of the old forests. Over the years they accepted that these eerie and mysterious places existed on the edge of their territories, but they avoid them and the inhabitants of the forests do not leave them anymore.

At the western border of the kingdom of Arden, the first foothills of this vast forest area begin in the hills of Mollain. This area is sparse and sparsely populated and secured by only a few fortresses. The hills, some of which are difficult to pass, represent a natural boundary of the kingdom that is rarely crossed voluntarily. Beyond this area begins a no-man’s-land around which legends and legends spin. Even the foothills of the Old Forest differ markedly from the usual forests on Solas. Rare and unknown tree species grow here close together, the thicket is in places impassable and there are no paths for humans, let alone mounts or chariots, to pass through. In the protection of the trees live many strange and sometimes frightening species and creatures, entering these forests carelessly means certain death. The forest stretches many hundreds of miles west until it meets the Wild Sea. In the north it meets the barren hills and plains of the cold Vakadunia sometime and changes there into tundra forests of younger kind. In the south it is bordered by the rugged Strenai Mountains, where the birdlike Chotis live.

The deeper one ventures into the forest, the more primal and larger the flora becomes. In the inner regions the trees sometimes grow several hundred metres high. Their trunks and branches are so thick and intergrown with neighbouring plants that they form natural habitats on many levels for various peoples and creatures, who build their dwellings there and rarely descend to the ground. All levels of this monstrous forest are governed by their own laws and lurk with various dangers.

The closer you get to the center of the forest, the more primeval the creatures and cultures that live there become. Here the forest seems to magically preserve the state of long ago ages. The inhabitants of the inner regions live as far as possible separated from those in the outer zones and consider each other to be the object of myths. An ancient spirit called Eld watches over the entire forest. Powerful spirits and elementals are also inhabitants of the forest.

The Ancient Forest covers an area about 450 km (279 miles) long and 260 km (161 miles) wide. It is the largest contiguous piece of woodland that goes back to the old forests that once covered large parts of the country. The Solva divides the forest into two parts of varying size and is the longest river in the region, with about 370 km of which 250 km are navigable.