“We flew to the stars to find freedom. Peace. A future.
But we took our history with us, our fears and our bad habits.
We might have survived as a race, but will we survive as humanity?”

The year is 2267 and mankind has made the leap to the stars. With great effort and losses, they left the dying earth and searched for a future on new worlds. Without the technology of an intelligent race that disappeared millennia ago, this would probably never have been possible. Many lost their lives in the Great Exodus, even more so on the new worlds and in the hectically established orbital colonies, which could only be replaced by permanent habitats with decent conditions decades later. Hunger, fear, greed, hatred and the will to survive drove the colonists into space in their millions. They took possession of new worlds, few of which had any resemblance to their old homeland. The struggle for energy and raw materials determined the expansion of the human sphere of influence. The Avitus jump gates limit the nations’ urge to conquer to this day, but do not stop the slow but persistent scout ships of the explorers. Several nations between the stars have established themselves, which form a fairly stable balance of power. They are all interdependent, but at the same time compete for the knowledge and technology they have secured. Life is hard in the new worlds and on board ships and stations, but everything is better than returning to the contaminated and destroyed earth.es 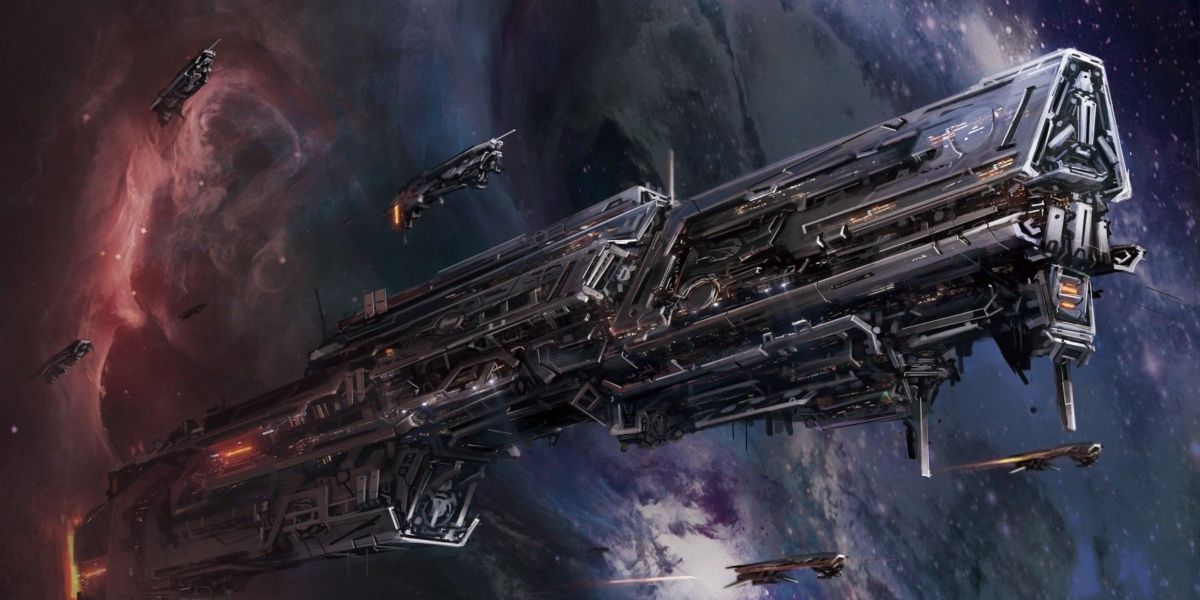 When the Great War ended and most of the colonies were destroyed or isolated, the remains of the former Starfleet gathered under the banner and command of Brigadier General Brence Alexander Kolt. He founded the United World Council and issued the UWC Charter, better known as “Lex Stellaris”. With the power of the remaining large battleships, auxiliary fleets and several intact space ports as a base, he conquered the space that had previously belonged to the enemy members of the lost Star League and founded the largest nation of humanity between the stars since then – the Admiralty. The name originally only referred to the high command of the UWC fleets, but became the epitome of human power in the following 174 years and has since been used for the greatest military power in the known space. Famous for its modern and strong warships and its excellently trained crews, the admiralty was able to maintain control of around 30 densely populated and technologically advanced systems. With access to some essential resources to build and maintain their fleets and several intact jump gates, the United Worlds needn’t fear an invasion. However, their own expansionary possibilities are limited, they have enormous power in space, but there is a lack of experience, suitable troops and means for the invasion and re-colonization of planets.

22 years ago, Explorer ships discovered a spacecraft of unknown design in the remote Ashima system. The ship initially appeared de-energized and deserted, the first scans showed unusual data, e.g. its length was almost 15 km, its age was estimated to be at least 12 million years. As the human ships approached, the alien object came to life, accelerated with an unknown drive, and entered hyperspace without having to use an existing jump gate.

Seven years later, several of the alien ships appeared in populated systems and showed hostile intentions. After a brief space battle, they withdrew. To date, no one knows what race or intelligence is hidden behind these ships or where their systems are. The technology has been superior to all known breeds for millennia, it is currently assumed that it is artificial intelligence, possibly a singularity or superintelligence. Contacts are rare and usually run without any recognizable motives or patterns. In individual cases there were military encounters which always led to the complete annihilation or defeat of human or other race’s ships while the ships of the AI intelligence could not even be slightly damaged.

The explorers own ships and equipment that enable them to use the Avitus jump gates for research flights to unknown sectors, always looking for new living space and wealth. The decisive factor, however, is the iron will and unwavering courage to undertake these daring journeys, of which there is often no return. The jump gates are regularly used by all ships to move between known colonies. However, it is also possible to fly to previously unknown points in space, which entails considerable risks. But this is the only way people can ever reach new worlds and establish colonies and new trade routes. The discoverers rely on the knowledge of the first researchers and people who left the earth centuries ago, examined and used the first star gate, and discovered further artifacts of lost civilizations on their travels. The other nations envy the advanced technology and knowledge of the known and unknown space, but willingly leave the explorers to the massive risks involved in their work. Trade guilds and nations receive information from the discoverers and eventually the access coordinates to new worlds, in return they give them a certain degree of protection, independence and provide them with resources and resources that they cannot generate themselves due to a lack of industrial capacity. The discoverers are by far the smallest special community and, in the traditional sense, not a nation but rather a secret society or a kind of guild.

A voluntary amalgamation of various trading companies and industrial tycoons forms the largest interstellar trading consortium and logistics company. Mercator ships fly almost all systems and enjoy special protection against attacks or regulations by other nations. Their specialized transport and merchant ships supply trillions of people with essential goods, in all nations the popular Mercator stations can be found, where gambling and all kinds of pastimes are possible. Mercator also operates the main mining consortium, Aes Incorporated, whose work fleets mine ores and raw materials from asteroids and asteroids everywhere in the well-known space. The wealth, monopoly and special rights of society are always the target of political or physical attacks, Mercator relies on a mixture of its own military defenses, the maintenance of mercenary ships and the assurance of protection by the security of its own property and merchandise military arms of the larger nations. Attacks on Mercator ships are punished with draconian penalties almost everywhere. 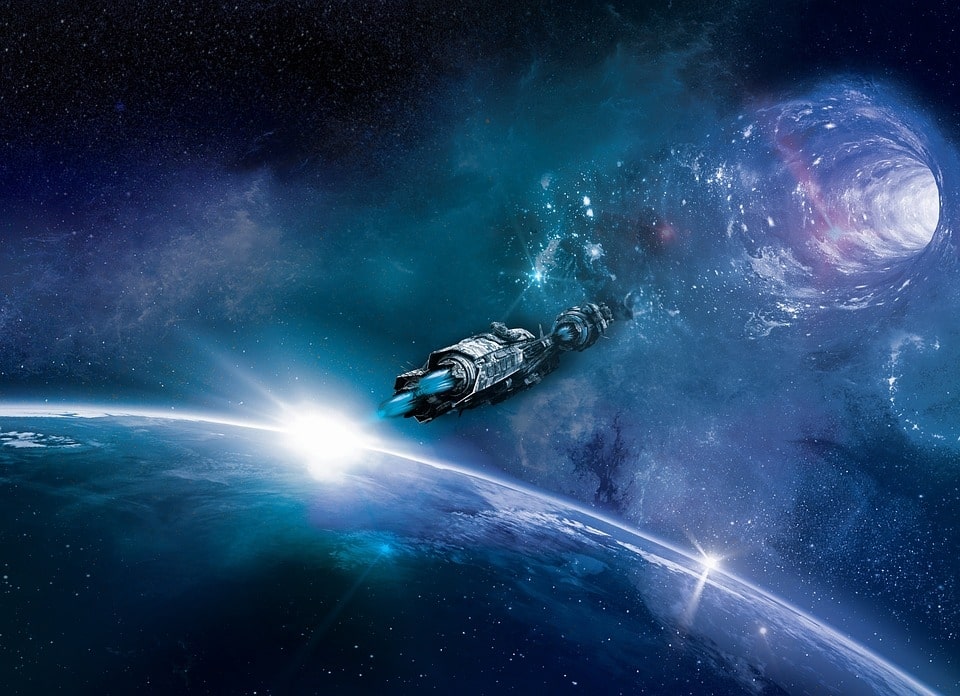 Linear travel between the stars is impossible for humans and other carbon-like creatures. No living being can survive a journey at the speed of light and even this speed is far too slow for the incredible distances in space. Then there are the non-solvable energy problems.

The rather accidental discovery of the Avitus jump gates gave mankind the only chance to ever leave their planetary system and go to other worlds. These jump gates are entrances into artificially created wormholes, which bend space and time extremely and connect distant points in space with each other. These compounds can occur naturally, but are then highly unstable. The jump gate builders have found a way to construct permanent openings in space and time that have existed for millions of years. Almost nothing is known about the technology used, which exactly creates the transition points is neither measurable nor understandable. Only the method of “activating” the gates was discovered by chance.

Avitus jump gates are punctiform regions in space that represent a point of transition into a curved space-time tunnel. They are comparatively small, usually between a few hundred meters and a few kilometers in diameter. They are invisible to the naked eye and most measurement techniques while inactive. They are regularly found near the central star of planetary systems, rarely near stars without companions, and only in a few known cases near massive planets.

Activating an Avitus jump gate requires a lot of energy from the ship to make the transition. Only a few ships are adequately equipped for system jumps, civilian space boats or fighters generally do not have jump generators. An activated jump gate creates a spherical transition area that all ships or objects in it can use to cross the open warp tunnel and to leave it on the other side. For outsiders, they simply disappear in an eruption of radiation and light. A jump gate must therefore be activated by at least one suitable ship, but can then allow a larger number of ships without this ability to pass through. However, since a jump gate can only be kept open for a few seconds, the number of passing ships is limited.