The second question when desiging spaceships will be “how much”? 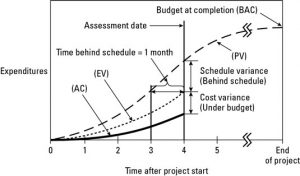 The cost of building a specific design is crucial to it’s success. You can build a state of the art or futuristic ship, like the Zumwalt, and then find your project cancelled after the first prototype left the wharft due to exploding costs. Successfull designs have a perfect balance of capability (how good the fulfill their intended role) and cost (initial building cost + maintenance/repair cost). Spaceships will most likely be built to live for many decades, even longer than naval ships. This is the only way to compensate for their high building costs. If maintenance costs get too high though, they will be scrapped pretty soon. Cost must be a factor of any ship designing rule system. You should also double check if the final cost is in a range, that can be handled by the faction that has to pay them. Often you find ship prices that sund reasonable and see hundreds of those ships fly around, but no one asks, who payed for that. Very rich and large nations today can afford several hundred high-tech naval ships (the US navy has about 460 ships total, including many small auxiliary craft), while poorer countries have to live with second hand or much inferior designs and significantly smaller fleets. A high defense budget reduces social spending, a nation armed to the teeth most likely will probably not also have good education, extensive healthcare or welfare and leading sciences.  Loosing a space single ship is not a triviality, replacing it takes a lot of time and money, leaving you weakened in the meantime.

All the components of your ship have costs attached to them. The power generator, the drives, the guns, the habitat section, the escape pods, sensors, heat sinks and so on. All of them depend on the tech grade of the builder society. One faction may produce more effective heat sinks (and the others are trying to steal that technology) while another one builds more powerful cannons. One nation might have sole access to a crucial resource that allows to build specific components much cheaper than the rest (be careful here, don’t use unobtanium without good reason). If you limit specific technologies and resources, it’s easier to derive politics from it. People who pay for expensive spaceship have interests, they want to achieve certain goals by putting their money into a metal hulk. Remember, that ships don’t belong to the military (unless you have a military dictatorship). Officially they belong to the government which represents the people. But as always, organizations like the military, intelligence, trade unions and so on, will find ways to use the ships as tools for their personal goals. 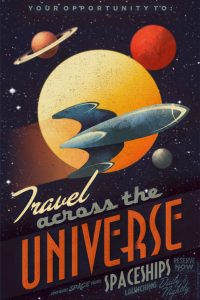 Before you can tell how much a ship costs and whether your star nation can afford building it, you should have answered all questins about trade, social stability, resources, politics and government. How do the big corporations fit in, how the banks? Where do all the resources come from (asteroid belt?). How do you protect them on their way to the shipyards? Can your nation afford only a few ships or a large constant fleet? Only a good third of any fleet will be operating at any given time, the rest will be in drydocks, on various missions, on training, and so on. Only under war conditions more than half the fleet (probably up to two thirds) will be able to operate, many individual ships running at 80% capability or less, though. Ships will have minor damages or issues, lack ammo or fuel, crew or proper training. You will never have the complete shiny and brandnew fleet that you designed on paper.

Check payment for the crew. Why should people volunteer for serving aboard a spaceship? If living in an orbital tincan is hard, living aboard a spaceship is hell. If you have a war secnario, the motivation might be patriotism, in all other settings it will most likely be money. It doesn’t matter how good the advertising of the space navy is (spearhead of mankind, blah blah), everybody knows that life as a spacemen is not heroic or rewarding. Little boys may still dream about becoming a warship Captain but everyone not light in the head will skip if offered a job as a space mariner. Unless you make it rewarding. Think about the roman legions. Serving a full term earned men a piece of land and the status as a full roman citizen. Not many made it, though, as life as a legionnaire was dangerous and hard. Imagine your nation is made up out of dozens of orbital stations and one rather terra-formed planet. You could offer all people serving aboard a space ship for a couple of years (10 or more) the right to claim a piece of land on that planet. Maybe they can even pay for it with their salary. 90% of the population probably can’t afford travelling there, now the willing get a chance to build a new life on that planet…